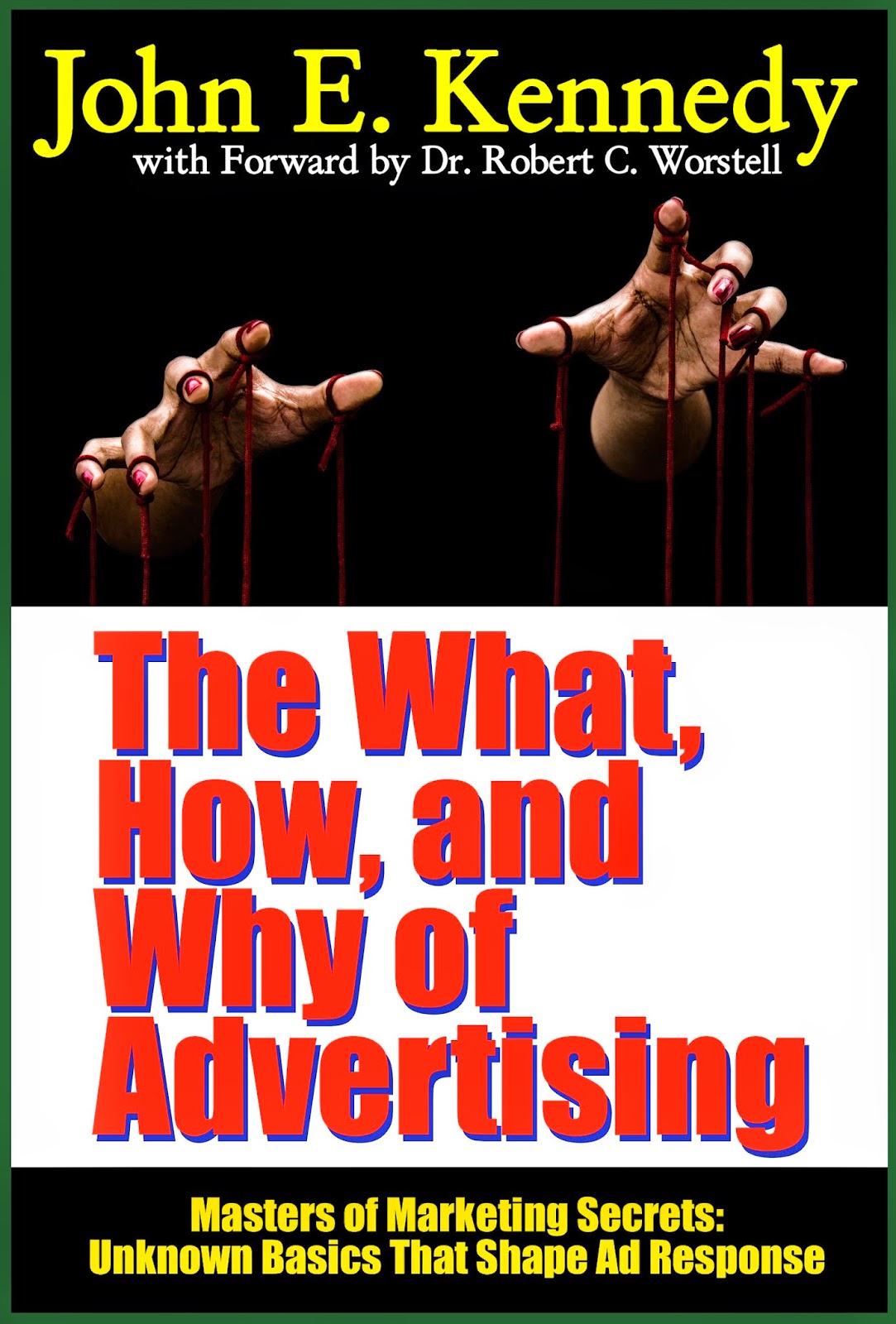 John E. Kennedy, one of the forefathers of modern advertising, was born in Canada and worked there as a freelance copywriter until 1904, when he landed a job at the Chicago office of Lord & Thomas. He was hired by Albert Lasker, then a junior manager, on the strength of a note Kennedy sent him, which read, "I can tell you what advertising is." Kennedy made good on that promise; although he stayed there for little more than two years, Lord and Thomas¿ sales volume went from $2.5 million to $3.2 million by the time he left the company.

Kennedy went on to hold copywriting jobs at other firms, but his greatest successes were accomplished while freelancing for such firms as Ethridge-Kennedy Company and Lord and Thomas. B.F. Goodrich tires made him a rich man by paying him $20,000 a year to work half time, an amazing amount for the era.

"ADVERTISING should be judged only by the goods it is conclusively known to sell, at a given cost.

"But, it is different with Advertising, as it is with Mechanics or with Medicine, all three of which can be conclusively tested.

"When it is anything less than Salesmanship it is not real Advertising, but only 'General Publicity.' And, 'General Publicity' admittedly claims only to 'Keep the Name before the People,' — to produce a 'General impression on the Trade,' and to 'Influence Sales' for the salesmen.

"The only way to judge Advertising is to judge it by the amount of goods It is conclusively known to Sell, at a given cost."

Get this copy for yourself and learn these Secrets... 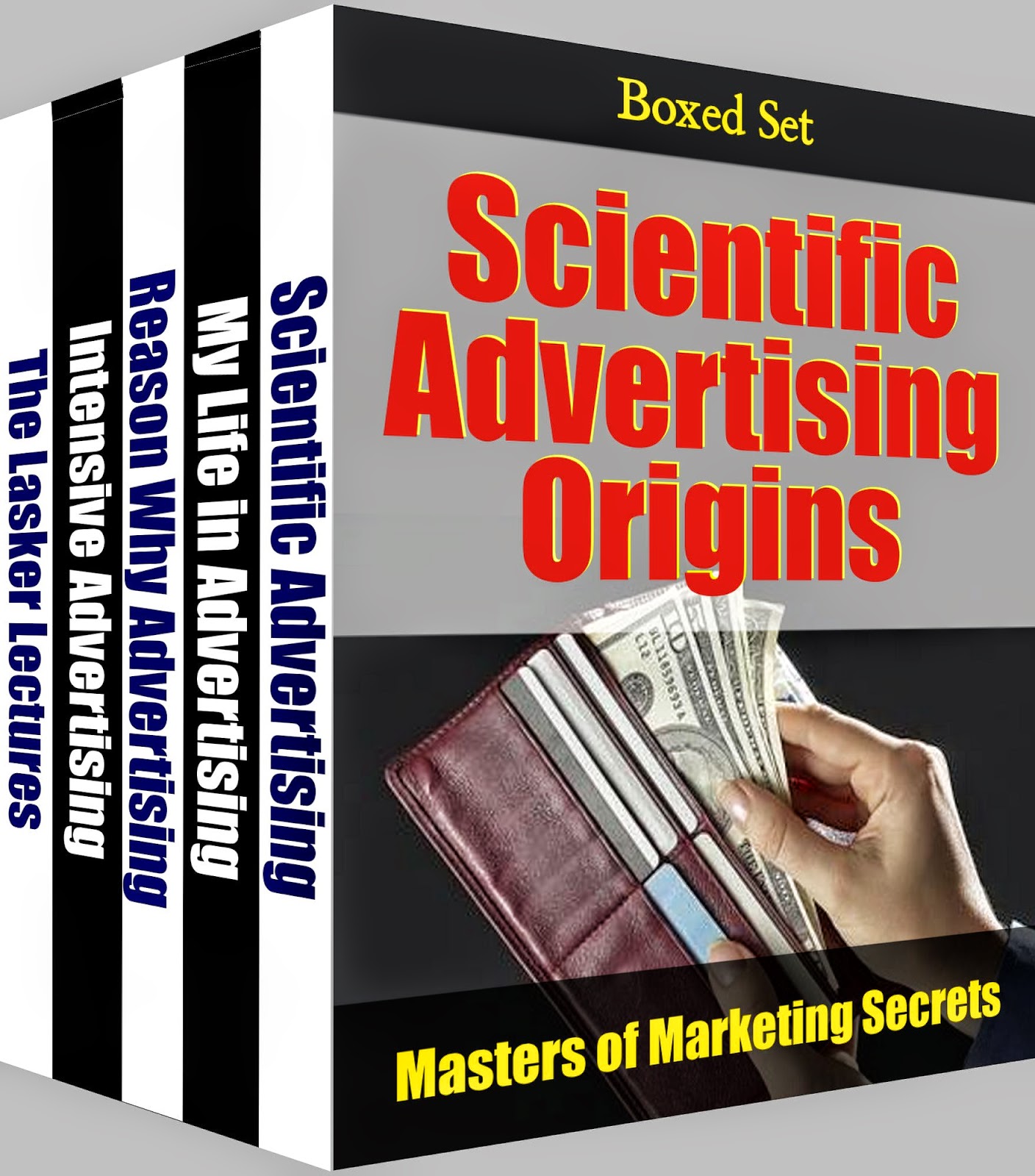 Posted by robertworstell at 6:30 PM 2 comments:

Watch this space: A great book offer is about to arrive...